(The history is drawn from several sources including notes by Rod Trentham, Michael Dawe, and Michael O’Brien.)

Following the creation of the Provinces of Alberta and Saskatchewan in 1905, the Alberta Natural History Society (Renamed in 1976, The Red Deer River Naturalists Society) was formed in Innisfail in the spring of 1906 and was followed within a few months by a branch at Red Deer. Additional branches were later formed at Erskine, Stettler, and Medicine Hat. The Edmonton Natural History Club became an affiliate in 1910.

At the inaugural meeting of the ANHS, Percy Gregson (pdf file) was elected as the first President. Among the goals of the new organization were the creation of a number of new school field clubs and the offering of prizes for children’s natural history exhibits at local fairs. They also established small natural history museums at Blackfalds, Calgary, and Regina. The first Annual General Meeting (Link to archived minutes.) was held on November 28, 1906.

The ANHS counted among its members many renowned amateur natural historians, many of whom went on to fame within their respective specialties. The ANHS, and its other branches in the Province, encouraged its members to produce scientific papers and check lists on a variety of subjects. An ambitious publication program was launched, with three booklets eventually being printed.

Some members of note were: 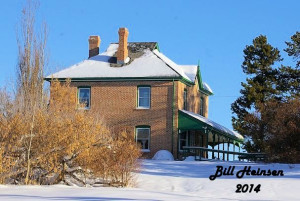 6. Dr. Henry George, a central Alberta physician, served as both the last president of the Territorial Natural History Society and the first president of the Alberta Natural History Society in 1906. An avid student and collector of natural history, he established, for the use of local residents and Western Canadian naturalists, a museum and library at his Innisfail home. When he and his family moved to Red Deer in 1907, the library and museum were relocated to that community. Dr. George is considered to have aborted the smallpox epidemic in 1892 and quarantined himself with the Chinese community for over two months. A riot followed the release of the first Chinese contacts. Henry George’s wife, Barbara Mary Bernard, learned the basics of drawing during childhood and went on to paint with watercolours the wildflowers she collected near their home in Innisfail. She designed the Alberta Coat of Arms. She shared Henry’s interest in natural history and together they assembled a private museum displaying rocks, insects, birds and mammals. At the time of its creation, the George Museum was the only museum in Alberta and remained as such until 1923 when a museum opened in Banff.

7. F. S. Carr began his career as a boy, with an extensive study of the beetles of Ontario. The knowledge he gained there proved to be of extreme value when he moved to Alberta in 1909 and while teaching school in Edmonton, he began to amass a list of the beetles of Alberta. Once again, the Northwest Entomological Society assisted a member to publish. His list included over 500 species. Each year until his death in 1933, he published supplementary lists in The Canadian Entomological Record and The Canadian Entomologist. Eventually he totaled over 1400 species. Upon his death, the family donated his extensive collection of over 100,000 specimens to the University of Alberta.

8. Elsie Cassels (thought to be the only woman researcher in Western Canada at the time.) (Concordia University Thesis)

9. F. C. Whitehouse was an authority on Damselflies and other insects. (University of Alberta website.)

10. J. J. Gaetz: In 1922, the ANHS asked Mr. J. J. Gaetz to consider designating the west half of his property (Section 22 with exception of the five acres used by the Cemetery) as a bird sanctuary. On March 22nd, Mr. Gaetz signed an agreement to do so. On May 23rd, 1923, ANHS made a formal application to the Commissioner of Canadian National Parks to have the land designated as a Federal Bird Sanctuary under the Migratory Birds Convention Act and placed under the supervision of the Department of Interior. On June 27th, 1924, Order-in-Council No. 1080 formally established the Red Deer Bird Sanctuary (now the Gaetz Lakes Sanctuary) with the “killing, hunting, capturing, injury, taking or molesting of migratory game, migratory insectivorous, or migratory non game birds, or the taking, injuring, destruction or molestation of their nests or eggs” being prohibited. The Order-in-Council also stated “the use of this area as a Sanctuary shall be secondary to its use for agricultural purposes”. So was created the only Federal Bird Sanctuary within the limits of a Canadian city. J. J. Gaetz had turned away timber interests and kept the 230 acres free of development from 1885 until his death in 1938. He chose to preserve and protect the area for wildlife and the enjoyment of his fellow citizens. When he died, the area was left to the province. Over the years, the members of the local Alberta Natural History Society had fought everything from major roads to theme parks within the city. The province had, at one time, even proposed using the Gaetz Lake Sanctuary for a sewage lagoon. 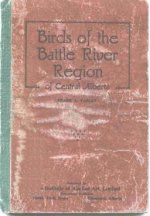 A copy of Farley’s book is filed in the library at the Kerry Wood Nature Centre.

11. Frank LaGrange Farley (pdf file) was born in St. Thomas, Ontario and came to Red Deer in 1892. Within weeks of his arrival, Farley started exploring Central Alberta. Excursions took him to the coalfields near present day Ardley,  to the Buffalo Lake country, and to the foothills west of Rocky Mountain House. In 1907, he decided to move to Camrose. Continuing travels included visits to the Christina River and Hudson Bay. His book, Birds of the Battle River (1932), is still an important reference. He wrote regular reports for the U. S. Bureau of Agriculture and started a conservation program for hawks. His name continues on, however, with his famous nephew, Farley Mowat.

12. Charlie Snell, a keen bird watcher, a member of the Alberta Natural History Society and amongst the first to recognize the need for a provincial museum in Alberta.
13. For the record: It is unfortunate that other early Central Alberta naturalists have little, if any record of their work. Their names include: Mr. Bean (lepidoptera), Mr. A. Hudson (lepidoptera), C. G. Carretto (Didsbury), T. N. Willing (Olds), Mr. Baird (High River) collected all orders, but appears to have been particularly interested in flies and their relatives (diptera), and Mrs. Nicholl (collected for the British Museum in Alberta, apparently near the Columbia Icefields).
Unfortunately, in the late 1920’s and during the 1930’s, as the early stalwarts of Alberta’s naturalist movement moved away or died, the ANHS branches began to decline. By the time of the Second World War, the organization was left with Red Deer as its only active branch. Nevertheless, the remaining members, including the award winning Red Deer Naturalist and author, Kerry Wood, continued work on a great many conservation, advocacy, and educational projects.
It seems that the period from about 1955 to 1970 was a lean time for the ANHS. Unfortunately, no minutes from that time have been located. But in the early 1970’s a proposal to build a dam on the Red Deer River breathed new life into the organization and led to a name change to Red Deer River Naturalists.